Few cities go hand in hand with luxury like London. It has everything you need: fascinating history, old-world charm, new-modern architecture and world-class shopping. Their internet tends to come with a hefty price tag in most luxury hotels, but you can get around that with the right VPN added to your devices (Tip: use coupon code from this site to get one before you go: http://www.couponlynx.org/nordvpn/)

London has long been known as one of the most expensive places to visit in the world, and the city lives up to that reputation. If you stay in the Hyde Park/Buckingham Palace region, expect to spend approximately $500 per night on accommodations alone.

For our purposes, we stayed at the Metropolitan by Como – (Rooms from $459 USD). Located on Old Park Lane, this ultra-modern hotel opens right into Hyde Park corner. 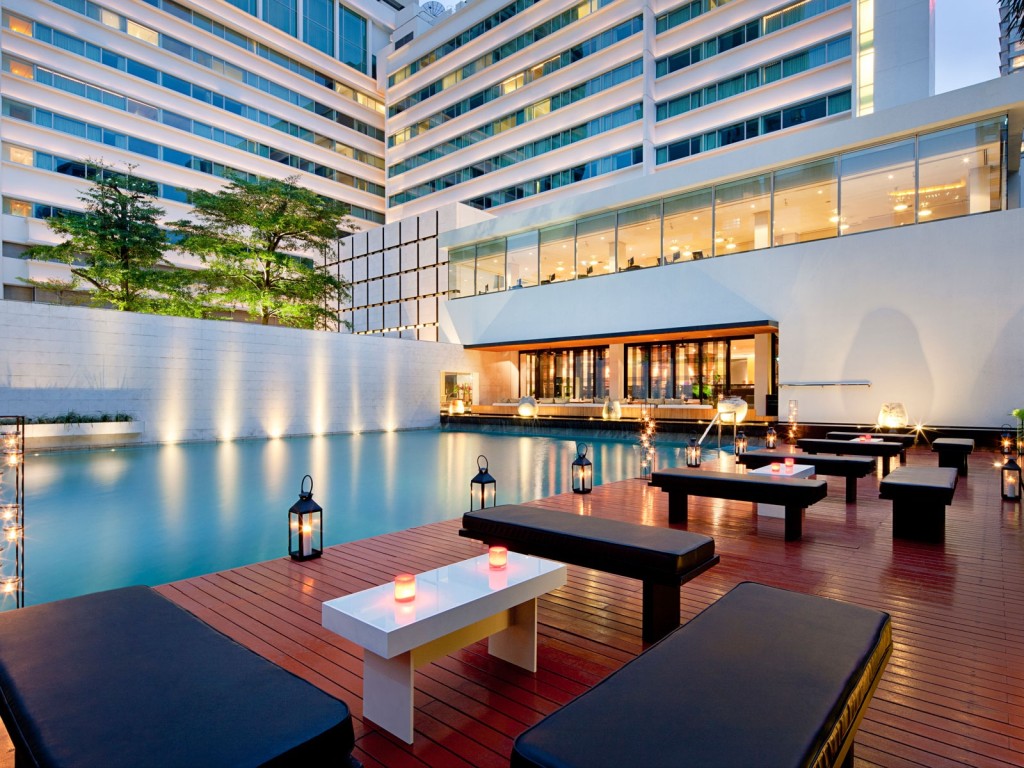 It was a toss up between Metropolitan and Claridges (The picture at the top of this post is from Claridges). Claridges is a world famous hotel full of old-school charm and is a favourite of celebrities when visting London. But since the Metropolitan is a relatively new hotel in the same location, we decided to give it a try.

When you exit the hotel, there is a host of luxury cabs waiting to take you anywhere you like. However, what’s really cool about this area is how close everything is. You are a five minute stroll from Buckingham Palace, as well as ten minutes from lots of famous sites like Big Ben, the London Eye, and the Wellington monument.

If you want to avoid the tourist traps and just want to go shopping, you can visit Harrod’s, which is a short five minute walk down Knightsbridge (click here for a map).

If you prefer to stay in, there’s plenty to do in the Metropolitan hotel itself. Have dinner at Nobu, a high-end Japanese restaurant chain. I was told that Robert De Niro co-owns this particular location…although I didn’t see him there (he’s a New Yorker).

It wouldn’t be England without afternoon tea. Tea is served at the Met in a bright, clean, modern looking lounge. They advertise their tea as ‘east meets west’, with lots of eastern teas for you to choose from. Or, if you want: champagne!

What’s a luxury vacation without a spa? The Metropolitan’s spa is called the “COMO Shambhala Urban Escape”. They have several rooms for single and couple’s treatments. They also have yoga and fitness facilities that open from 6am to 10pm.

All that shopping can take a toll, you know! 😉

All in all, luxury vacationing is pretty much defined by London. Those looking for sun and sand will be disappointed, however. London is cloudy most of the year, with a few glimpses of nice weather in the mid-summer.

The Grand Hotel in Stockholm
Best Restaurants in the United States
Luxury in Dublin.

Best Restaurants in the United States →